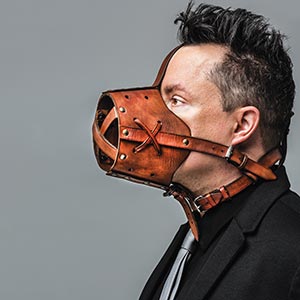 Having been sued by the Canadian Government for telling a joke, multi Award-winning Comedian Mike Ward makes his highly anticipated Fringe debut.

The Human Rights Commission (of Quebec) now wants to fine him $80,000! Mike has decided to get his money’s worth by bringing the joke to Edinburgh as part of a show about Freedom of Expression.

Mike is one of Canada’s top comedians (his recent tour grossed $5,000,000), he hosts The Nasty Show aired on HBO, which is the most popular show at Montreal’s Just For Laughs Festival.

A comedy genius capable of anything.

The cherubic Mike Ward may look as innocent as an altar boy, but rest assured he is not. What pops out of his mouth will never be construed as Sunday-school fare… He can hold his own with any of the big boys and girls of bad.